My first ever TOY REVIEW!!!!

I really hoped my boys would dig into this.  I bought them a few, but they simply don’t have that much interest.  They like the way they look.  But the magic isn’t there that existed when I was a kid.  Every once in a while if I put on a MOTU cartoon, their interest will spark up.  But that is it.  They are just not as into the property as I am.

I mention being into the property….I have followed He-Man.org since I got onto the internet!  (It was Adam Tyner’s page then!  )  I was thrilled to find others that longed for the days of MOTU.  And I was so happy when they put out the 200x cartoon, and I got a few of the toys then.  (I was REALLY BROKE then.)

I don’t own many of these new figures….I mean, they cost nearly $40 a pop from Mattel!  But I fell in love with the idea as soon as it was announced, and it wasn’t long before I had a tiny collection of basic figures.  I am going to start with He-Man!  (Where else would I start?)

My He-Man figure is the first “re-issue” of He-Man.  Apparently the “first edition” had backwards shoulders, and too much red around the eyes.  (He has been given the loving nickname of “Pepper Spray He-Man!)  Mine has none of these problems…Mattel saw to go ahead and fix their flagship character.

I have been playing with this guy for about….10 months?   He is properly broken in!  I can still hear a tight little click sometimes when I move his joints after he has sat for awhile.  His ankles are getting a little loose, though.  (He has “pin” style ankles.  You can see the pin in his shoes at the joint.

But WOW.  What an update!  You only had five articulation points on the vintage He-Man figure.  Basically on all of them.  But the MOTUC design has an articulation point on every major human joint!  There is also an ab crunch, and boot cuts so that you can point He-Man’s shins.  So a MOTUC figure is more like a vintage Gi-Joe figure, only exploded to a 6 inch (7 inch) scale.  This is the greatest He-Man we’ve ever seen,…..Heck, it is just about the greatest action figure we’ve ever seen!

He came with the same accessories that the vintage one came with, with an updated “full” power-sword, so that you can properly display him when he is alone.  He also came with a half power sword, a throwback to the vintage figure who had a sword that could combine with Skeletor’s to open Castle Grayskull’s door.  This idea remains….but the swords do not fit together so well  😦

He also comes with his iconic battle axe, shield, and power harness.  (armor)  I think I prefer seeing He-Man hold the Battle Axe nowadays in my old age.

So what don’t I like about it?  Well, I feel guilty about owning such a luxury item….I mean, I paid nearly $50 for my He-Man in the after-market.  I have bills to pay, family to feed, and I’m a grown up.  I don’t really “play” with toys.  I think they are cool.  I like to display them.  He-Man makes a good Magic the Gathering table piece.  I even like to poke around with them, which I guess IS playing with it.  But I don’t play with it like I did as a kid.  SpartanNerd though I am, to have a full on Eternian War is sort of beneath me, I suppose I am sad to say.  To display such a war would be cool, if I was rich.  I could display him at work, but I found out quickly that he is a bit to naked for my clientele.  (Elementary School)   Maybe during a movie year!

So how will I rate my He-Man figure…..He gets a 4/5.  The point was lost because the ankle joints have become weak.  This won’t do on THE MOST POWERFUL MAN IN THE UNIVERSE!

I will bring more of these figure reviews in the future!

So I am going to create a new feature….The Groovy Dork list!  You’ll see how it works.  Also, I’m experimenting with pictures!

DORK    Anyone heard the song “Icky Thump” by the White Stripes?  I know it isn’t a new song, but I listened to it in its entirety yesterday when it played on 93.3 The Planet a few days ago.  This is seriously the worst song I think I have ever heard.  And I have a degree in music!  I am a lover of nearly all things RAWK.  But this is just wrong.  Give my my noise rock, death metal, Ben Folds FIve, Weezer, oldies, classic, whatever.  But not this.  My ears are infected now after hearing that.

GROOVY    Batman #19 came with a special cover for subscribers, and included a free digital copy!

DORK     Alysia?  Really?  Maybe she was being sarcastic?  I am referring to Batgirl #19.  Was this really necessary?  Now I have to keep this away from my children until they are older.  It’s a good story, though.

GROOVY    The Russell Stover’s S’more cookie is over the top!  I got one from the Dollar General Market here at the edge of the world.

DORK    I have lost lots of Magic The Gathering matches…..I probably don’t have a good shot tomorrow either, with my four color humans and angels deck.  But I am a slave to my habit.  So I’ll eat my candy with my pork and beans, and drive myself over to Mad Max’s tomorrow night.  Maybe I can post this as GROOVY sometime. 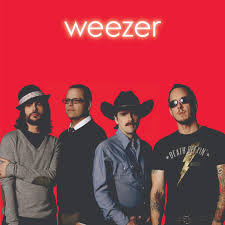