By now, you know that Spider-Man was at one time the top of my list of comics characters.  I haven’t read any Spider-Man since “Back In Black.”  The story splitting Peter and Mary Jane Watson up repelled me, and I walked away from comics for awhile.  I did pick up Amazing Spider-Man #1 last year after Superior Spider-Man came to a close.  (The idea of Doc Ock as Spider-Man…no as Peter Parker…was also very repulsive to me.) 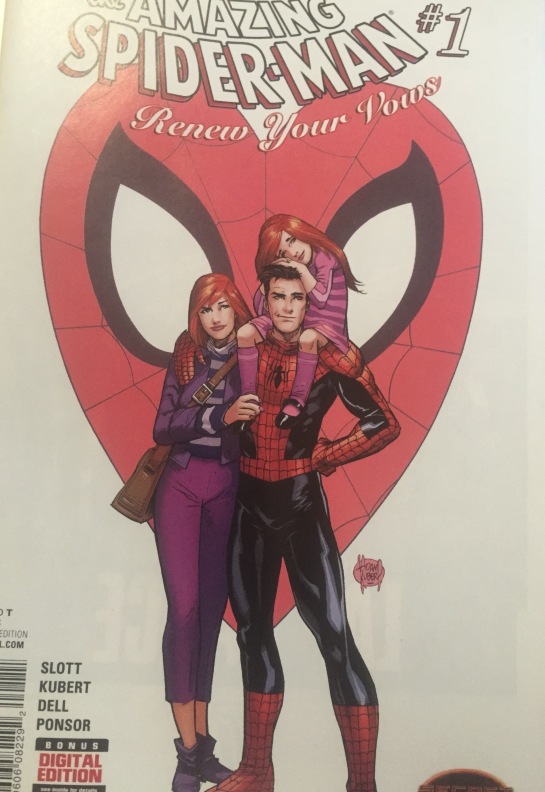 So I saw this on the shelf while I was failing at Friday Night Magic…I decided to give it a shot.

I haven’t been reading Secret Wars…Marvel’s current story…a throwback to the big story from the 1980’s.  This blurb clears things up a bit, and makes the story accessible.  For me, it also represents a disclaimer.  Presented here is almost an “else worlds” or “What If?” story.  I understand that the writers are trying to bring back fans of different past versions of their characters.  DC did this with Convergence.  Now Marvel is doing it with Secret Wars.

Incidentally, I am quite a fan of Dr. Doom.  Maybe I SHOULD be reading Secret Wars.

The Spider-Man child…this is a new development…and very important to this particular story line.  Her name is Annie.

We are largely seeing a happy family.  MJ is concerned about Peter.  When Peter goes to work, he learns that something is happening to the super heroes.  So he goes to visit the Avengers to see what’s up.

We get a very enlightening conversation between Spidey and Iron Man.  The Avengers don’t know Spider-Man’s identity.  Some of what was “fixed” with the same story that split Peter and MJ up.  The world “forgot” Spider-Man’s secret identity…divulged during the Marvel Civil War.  (I know this from talking to people at The Tangled Web.)

Since a major criminal breakout happened, Spidey suddenly knew his family was in danger.  The one guy who knew his secret identity…Eddie Brock.

I would like to say that I am glad to see Venom as a bad guy again!  The SpartanTeen read that Agent Venom story, where Venom was a good guy…Also I was put-off by that story.  Could they PLEASE stop destroying the characters!

If a psycho said this about my daughter….What would I do…Spidey does just that.  KILLS VENOM!

Sorry for giving it away, readers.  But it is necessary…You see, this story is “The most controversial Spidey story of the year!” You were going to hear it one way or another! 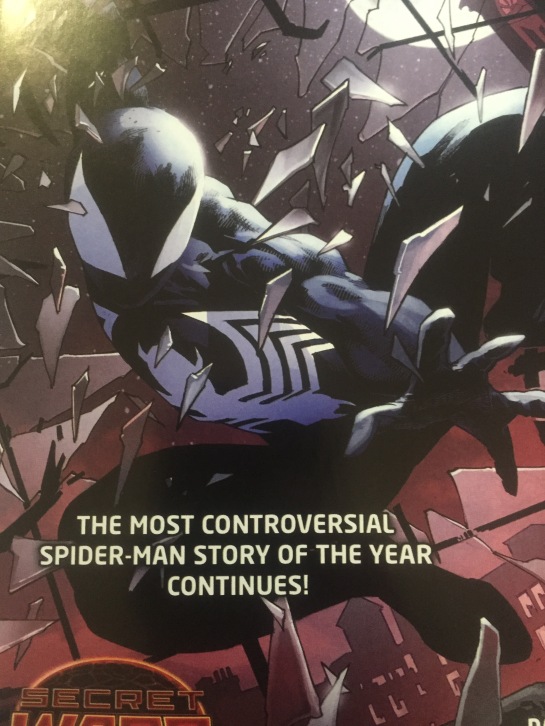 We learn that there is a bad guy…”Regent” who is killing super powered people and stealing their powers for himself. 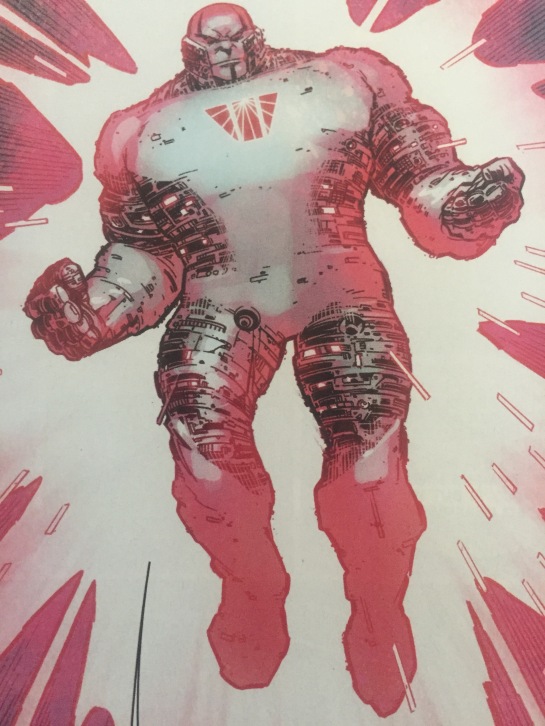 What does Spidey say about this…

A lot of people have said in the past that they preferred the bachelor Spider-Man to the married man.  That Mary Jane became a liability.  Aunt May certainly always was.  The “Back in Black” story arc showed Peter and his family targeted, and Spider-Man beating up Kingpin more than I ever saw him beat anyone.

But this just outright killing of Venom, because his family’s safety was at stake…

I am now hooked, and will keep reading!

I give this story a 5/5!  It does what it was supposed to do.  It is a no frills origin story of an alternate universe Spider-Man.  We have the information we need, and what might be fuzzy is clearly spelled out.  The art is good.  I even like little Annie.  (I wonder if she will have powers?)

One of my hopes is when they stitch the worlds back together, we have a married but “normal” Spider-Man!

SpartanNerd gives Marvel’s The Amazing Spider-Man #1: Renew Your Vows a 5/5.  Do you agree, or disagree, oh Hub City Geeks?  Let me know in the comments!

his story is addressing the larger story…Heroes disappearing and dying. Venom is back…as Eddie Brock…Disgusting as ever.  The way I like it.  “We will suck out her brains.” Spider-Man evidently kills Venom! There is an insert talking about “The most controversial Spidey story of the year.”  More than one reason, it seems. The art wasn’t distracting at all.  It was in fact very captivating.   Talk about ASM #1 from last year…and what you thought of the art. Always “With great power comes great responsibility.”  This issue turns it on its head saying that family trumps this saying.

One thought on “SpartanNerd Review…The Amazing Spider-Man #1: Renew Your Vows”